Soon after my last post about Bidule88 in 2014, I realized that four breadboards would definitely not be enough to complete the project. I quickly tore it down to restart from scratch, this time on a much larger scale: two columns of seven breadboards each.

This time it took me a bit longer, but again, the project reached a point where a larger set of breadboards was needed. Two columns of seven breadboards next to each other were dedicated for the core of the computer and most of its extensions, while a third column separated from the first two by a few vertical bus lines was reserved for the video display adapter alone. All together, they thus make for an impressive total of 21 breadboards.

That was also the opportunity to rename the project. Goodbye Bidule88, welcome BB-88, the BreadBoard 8088! 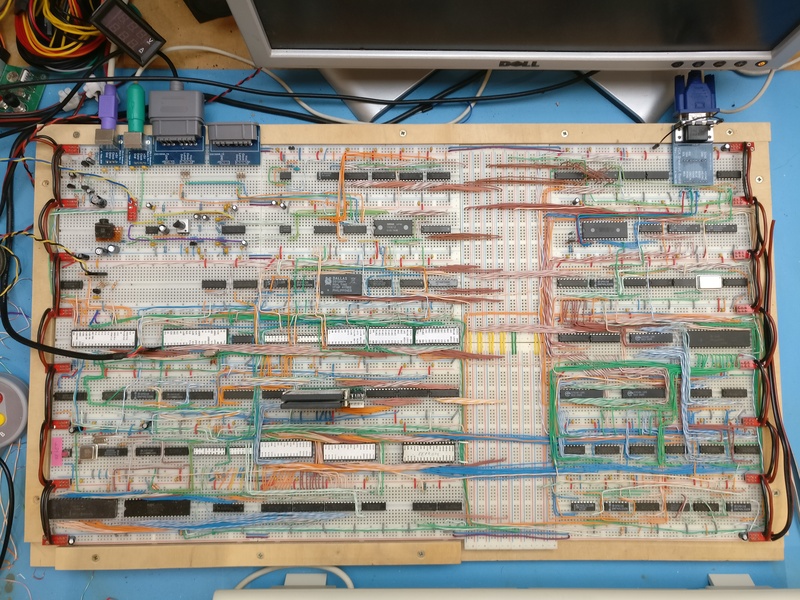